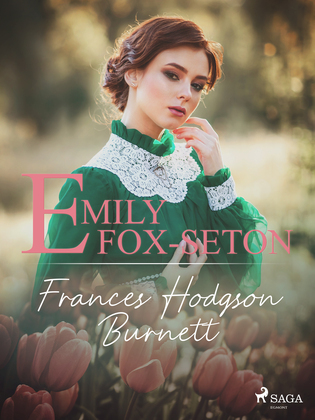 by Frances Hodgson Burnett (Author)
Buy for $10.99 Excerpt
Fiction Classics Thrillers
warning_amber
One or more licenses for this book have been acquired by your organisation details

Emily Fox-Seton is a well-bred but penniless lady who works for the selfish Lady Maria Bayne. At 34, she knows she is unlikely to marry, and her prospects are bleak. Despite that, she has a positive outlook and enjoys the simple pleasures of life. Her kindness, unselfishness and desire to make others happy attract the aging and wealthy Marquis Walderhurst.

He sweeps her off her feet and they get married. Not long after, he travels to India, leaving Emily with child.

But not everyone is happy for Emily..

Soon, her husband's former heir, Alec Osborn, arrives and attempts to regain what he believes is his birthright. Mysterious murder plots arise, putting Emily and her child in danger. Will she find her happy ever after?

Set in the early 19th century, this Cinderella-like story is a collection of two separate books, "The Making of a Marchioness" and its sequel "The Methods of Lady Walderhurst."