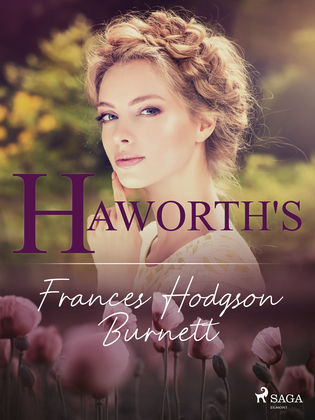 by Frances Hodgson Burnett (Author)
Buy for $10.99 Excerpt
Fiction Classics Literary
warning_amber
One or more licenses for this book have been acquired by your organisation details

Twenty years ago, a young runaway boy named Jem Haworth collapsed in the snow in front of a foundry. Today, he runs the foundry that now bears his name. Now the wealthy Mr. Ffrench, wants to become Haworth's partner. Mr. Ffrench also has a beautiful daughter named Rachel. But unlike her father, she looks down on the working class..

Taking place in a small English manufacturing town set against the early days of industrialization is a study in human nature, filled with colorful characters like the engineer Hilary Murdoch and his cousin Christian, who works on his father's failed invention and Granny Dixon, who always speaks her mind.

Dealing with destructive passions, a tangled web of relationships, the struggle of gender roles and social hierarchy this is perfect for fans of classics like "Wuthering Heights" and "Great Expectations".

Frances Eliza Hodgson Burnett (24 November 1849 – 29 October 1924) was an American-English novelist and playwright. She is best known for the three children’s novels "Little Lord Fauntleroy" (published in 1885–1886), "A Little Princess" (1905) and "The Secret Garden" (1911). Born in Cheetham, England, Frances moved with her family to the United States after her father’s death in 1865. Burnett started writing at the age of 19 to help earn money for the family and gained popularity as a children’s fiction writer and romantic adult novels.