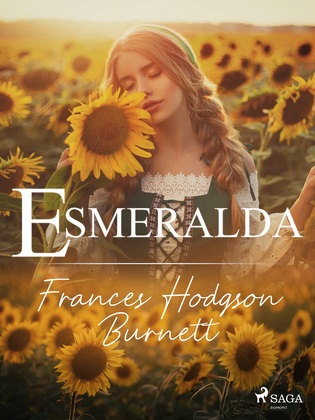 Esmeralda Rogers is a simple farm girl in North Carolina in love with her neighbour David. But when the discovery of iron ore on their farm suddenly makes the family wealthy, Esmeralda’s mother sets her sights on a high society city life, deeming David unworthy of her daughter’s hand.

While the newly found wealth makes Esmeralda and her father uncomfortable, the family matriarch sees it as her opportunity to live the life she’s always dreamed of.

The family arrives in Paris, eager to join the Parisian society and Esmeralda is forced to accept a marriage proposal from a French count. But as fates intervene, Esmeralda and David might have a chance at a happy ending after all.

This rags-to-riches tale is a short story told from the perspective of a French tutor who meets the American family after they arrive in Paris. Like many other Burnett’s classics, it focuses on the nuances of relationships, social hierarchies and family dynamics. For fans Erin Watt, Tessa Dare and Lisa Kleypas.