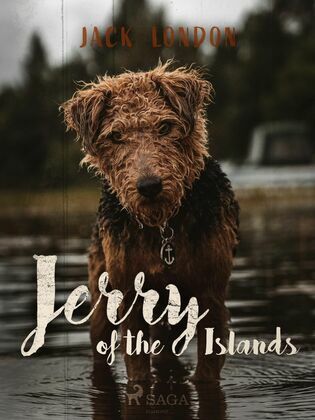 Jerry of the Islands

by Jack London (Author)
Buy for $10.99 Excerpt
Fiction Classics Fairy tales, folk tales & mythology
warning_amber
One or more licenses for this book have been acquired by your organisation details

Jack London infamously wrote books about fantastic dogs and ‘Jerry of the Islands’ is no exception.

Jerry is an English Terrier who lives a life coloured by the rough and racist views of his owner, Mr. Haggin. One day Mr. Haggin decides to give Jerry to a local sea captain and Jerry starts a new, exciting life on a whale boat. However, as the boat stops at Malaita Island, Jerry is suddenly left all alone amongst the people he once considered his biggest enemies. As Jerry’s new life unfolds, it takes an unexpected turn, one that he might not be able to survive.

Echoing the colonial sentiments of the era, ‘Jerry of the Islands’ is a thrilling story of South Sea adventure told through the eyes of man's best friend. From electrifying action, thought-provoking statements and a great canine hero– this novel has it all.

Jack London (1876–1916) was an American writer and social activist. He grew up in the working class, but became a worldwide celebrity and one of the highest paid authors of his time. He wrote several novels, which are considered classics today, among these 'Call of the Wild', 'Sea Wolf' and 'White Fang'.