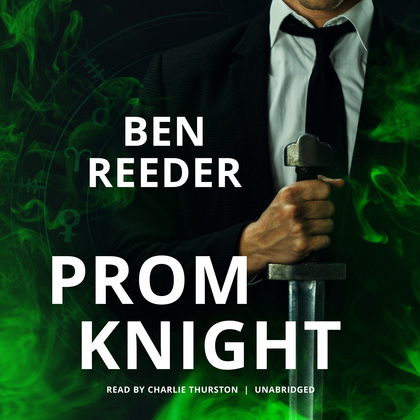 by Ben Reeder (Author), Charlie Thurston (Narrateur)
Excerpt
Fiction Fantasy
warning_amber
One or more licenses for this book have been acquired by your organisation details

Apprentice mage Chance Fortunato has faced off with a lot of nasty things. Power hungry vampires, abusive alpha werewolves, and deranged cultists. But none of his training under his mentor Dr. Corwin has prepared him for the trial he is about to face: Junior Prom.

While investigating an occult group, Chance discovers something truly sinister: an event known as the Rending will fall on the night of prom, and every circle of demon-worshippers in New Essex is looking for one girl: the Half-Caste Chylde. Some want to capture her, others want to kill her, for her blood is the key to controlling Mammon’s Horde and collecting on the true purpose of the Rending: to break a demonic contract without giving up what was bargained for or losing one’s soul. As if things weren’t bad enough, Chance learns that if the Horde is not controlled by the blood of the Half-Caste Chylde, it will break free to fulfill a plan of its own, to slaughter one hundred innocents as a sacrifice to release Mammon, the original ruler of Hell.

Caught between two terrible choices, Chance’s job is made all the more difficult as the past begins to catch up to his mentor and himself. Old debts come due, forgotten wounds are reopened, and alliances shift in unexpected directions as Chance fights to save both his classmates and the Half-Caste Chylde, whoever she is. With the truth closer than he realizes, can Chance do the impossible, save the day and survive taking up the mantle of Prom Knight?