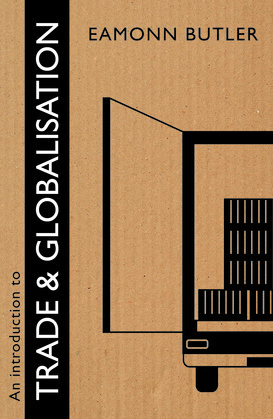 An Introduction to Trade and Globalisation

by Eamonn Butler (Author)
Buy for $13.04 Excerpt
Nonfiction Business & economics Economic history Exports & imports Government & business International Economics
warning_amber
One or more licenses for this book have been acquired by your organisation details

International trade has created a highly interdependent world. Everyday products – such as phones, trainers or cars – are designed, manufactured and assembled across several different countries, by countless different companies, both large and small, involving millions of people of all nationalities, creeds and cultures. We take much of this creativity and competition for granted. But it wouldn’t be possible without the peaceful collaboration of millions of people around the planet – a much-overlooked aspect of globalisation. Yet some politicians – perhaps bound by electoral concerns – often take a narrower view, claiming globalisation leads to job losses, lower standards and threats to security. An introduction to Trade & Globalisation examines the tensions that inevitably arise alongside the many benefits of trade. Author Eamonn Butler looks at the rapid growth of international trade over the past 50 years, and how commerce and international politics have become increasingly entwined. He describes the fundamental and growing importance of trade and globalisation in modern life – whilst also seeking to understand the opposition to it. And, at the same time, he skilfully provides a straightforward, insightful and essential introduction to the principles, economics, and politics of international trade – one of the key developments of the modern era.