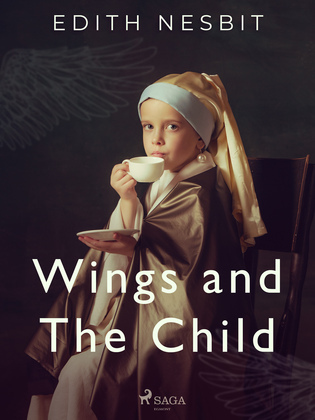 Wings and The Child

by Edith Nesbit (Author)
Buy for $10.99 Excerpt
Nonfiction Biography & autobiography Literary
warning_amber
One or more licenses for this book have been acquired by your organisation details

It is often said that if you want to make the world a better place, start with children!

Do you still remember what it was like to be a child? It was frustrating, and you often felt helpless, but it was also magical and carefree.

We were all children once, and this is Nesbit’s main reminder to us all.

This autobiographical essay explains Nesbit’s views on childhood and upbringing. She encourages every adult to teach children about creativity and to never dampen their spirits. She offers specific examples on how to motivate children to be inventive, not only for the benefit of their childhoods but for everyone who has forgotten the magic of imagination.

Born in Kennington in 1858, Edith Nesbit wrote and co-authored over 60 beloved adventures at the beginning of the 20th century. Among her most popular books are "The Story of the Treasure-Seekers" (1899), "The Phoenix and the Carpet" (1904), and "The Railway Children" (1906). Many of her works became adapted to musicals, movies, and TV shows. Along with her husband Hubert Bland, she was among the first members of the Fabian society - a socialist debating club. A path in London close to her home was named "Railway Children Walk" in her honor, manifesting her legacy as one of the pioneers within the children’s fantasy genre.