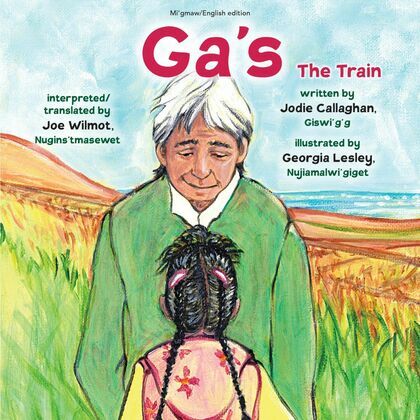 The dual-language edition, in English and Mi'gmaq, of the Silver Birch Express-nominated title, The Train.

Ashley meets her great-uncle by the old train tracks near their community in Nova Scotia. Ashley sees his sadness, and Uncle tells her of the day years ago when he and the other children from their community were told to board the train before being taken to residential school where their lives were changed forever. They weren't allowed to speak Mi'gmaq and were punished if they did. There was no one to give them love and hugs and comfort. Uncle also tells Ashley how happy she and her sister make him. They are what give him hope. Ashley promises to wait with her uncle by the train tracks, in remembrance of what was lost.