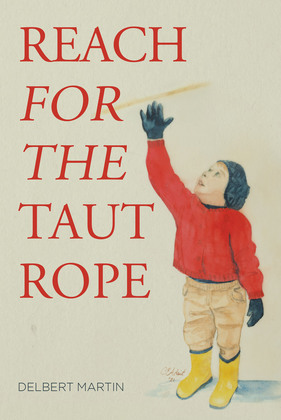 Reach for the Taut Rope

by Martin,Delbert (Author)
Buy for $9.99 Excerpt
Nonfiction Biography & autobiography Adventurers & explorers
warning_amber
One or more licenses for this book have been acquired by your organisation details

Skipp heard the squeak and strain of the taut rope as it pulled on the pier holding the forty-foot schooner wobbling in the Santa Cruz Harbor. He had just finished sanding a ten-foot section of wooden rail, and he was dipping the hog's hair brush into the varnish when he heard the sound of a young woman's voice calling his name.

He had dreamed about meeting a beautiful woman in such a place. "So you live on a boat," she said. "Oh, we have got to see that."

Varnish doesn't pine, so he kept his brush moving along the boat rail. Something in her voice reminded him of his Missouri farm girl cousins.

"Open the hatch, go on down, and look around if you want," he told her. "Let me get the lid on this varnish and clean the brush, and then we can talk."

This story began with his audacious mother, a hard-drinking Arkansas farm girl. She fled her second marriage, and she took Skipp with her to Kentucky. Skipp and Lola's story emerge as they travel throughout the Midwest United States, and he changed from a Missouri farm boy to a "surfer- wannabe" on the Florida east coast.

Conflicted, the surfer man-child traveled between the east and west coasts, unsettled, looking for the right reasons to stay. Unbeknownst to him, both he and his mother were pursued by the Hound of heaven, and it wasn't until he acted upon his Bible reading that he made the connection that would lead him to the kingdom that could not be shaken.