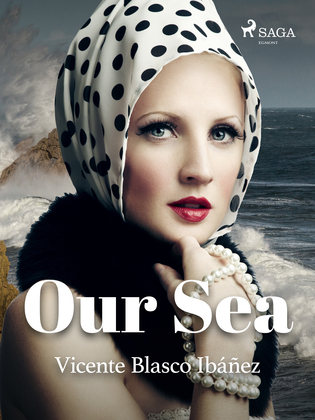 by Vicente Blasco Ibañez (Author), Charlotte Brewster Jordan (Translator)
Buy for $14.99 Excerpt
Fiction Classics War & military
warning_amber
One or more licenses for this book have been acquired by your organisation details

Set during WWI, ‘Our Sea’ (or ‘Mare Nostrum’) is a moving romance by Spanish author Vicente Blasco Ibáñez. Working as a secret agent for the Nazis, Freya Talberg makes a potentially fatal mistake when she falls in love with a Spanish sea captain, but will love conquer all in the end? Full of passion, adventure, tragedy, and betrayal, this is a gripping love story and coming of age tale from the famous author. The story was turned into a Hollywood silent film of the same name in 1926.

Vicente Blasco Ibáñez (1867-1928) was a Spanish journalist, novelist, and politician. Born in Valencia, Ibáñez was a militant Republican in his youth and made many enemies – on one occasion being shot at and almost killed. He was the founder of the republican newspaper El Pueblo and spent time in prison during 1896. Author of over 30 works, Ibáñez’s writing caught the attention of Hollywood and many of his novels went on to become celebrated films, including ‘Sangre y Arena’ (Blood and Sand), ‘Los Cuatro Jinetes del Apocalipsis’ (The Four Horsemen of the Apocalypse) and spy story ‘Mare Nostrum’. Ibáñez died in France in 1928 and is buried in Valencia.