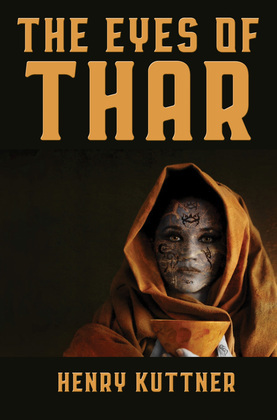 The Eyes of Thar

by Henry Kuttner (Author)
Buy for $1.99 Excerpt
Fiction Science fiction Adventure Space opera and planet opera
warning_amber
One or more licenses for this book have been acquired by your organisation details

She spoke in a tongue dead a thousand years, and she had no memory for the man she faced. Yet he had held her tightly but a few short years before, had sworn eternal vengeance—when she died in his arms from an assassin’s wounds.


He had come back, though he knew what to expect. He had always come back to Klanvahr, since he had been hunted out of that ancient Martian fortress so many years ago. Not often, and always warily, for there was a price on Dantan’s head, and those who governed the Dry Provinces would have been glad to pay it.