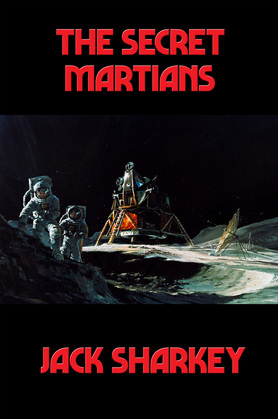 by Jack Sharkey (Author)
Buy for $1.99 Excerpt
Fiction Science fiction Adventure Space opera and planet opera
warning_amber
One or more licenses for this book have been acquired by your organisation details

Jery Delvin had a most unusual talent. He could detect the flaws in any scheme almost on sight—even where they had eluded the best brains in the ad agency where he worked. So when the Chief of World Security told him that he had been selected as the answer to the Solar System’s greatest mystery, Jery assumed that it was because of his mental agility.


But when he got to Mars to find out why fifteen boys had vanished from a spaceship in mid-space, he found out that even his quick mind needed time to pierce the maze of out-of-this-world double-dealing. For Jery had become a walking bomb, and when he set himself off, it would be the end of the whole puzzle of THE SECRET MARTIANS—with Jery as the first to go!