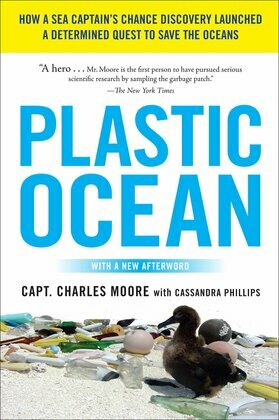 by Charles Moore (Author)
Excerpt
Nonfiction Nature, recreation and sports Nature Ecology Science and technics Science Earth sciences Oceanography Environmental science
warning_amber
One or more licenses for this book have been acquired by your organisation details

The researcher who discovered the Great Pacific Garbage Patch—and remains one of today's key advocates for plastic pollution awareness—inspires a fundamental rethinking of the modern Plastic Age.

In 1997, environmentalist Charles Moore discovered the world's largest collection of floating trash—the Great Pacific Garbage Patch ("GPGP")—while sailing from Hawaii to California. Moore was shocked by the level of pollution that he saw. And in the last 20 years, it's only gotten worse—a 2018 study has found that the vast dump of plastic waste swirling in the Pacific Ocean is now bigger than France, Germany, and Spain combined—far larger than previously feared.

In Plastic Ocean, Moore recounts his ominous findings and unveils the secret life of plastics. From milk jugs and abandoned fishing gear to polymer molecules small enough to penetrate human skin and be unknowingly inhaled, plastic is now suspected of contributing to a host of ailments, including infertility, autism, thyroid dysfunction, and certain cancers. An urgent call to action, Plastic Ocean's sobering revalations have been embraced by activists, concerned parents, and anyone alarmed by the deadly impact and implications of this man-made environmental catastrophe.