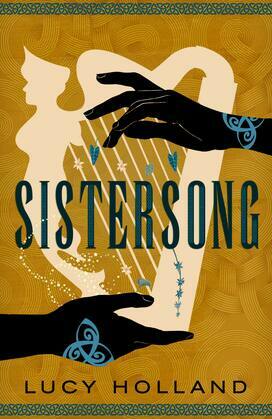 “WEAVES A CAPTIVATING SPELL OF MYTH AND MAGIC AROUND THE READER.” —​Jennifer Saint, author of Ariadne

Three royal siblings fight to keep the old, wild magic of the land alive and the Saxon invaders from their borders in this "absolutely stunning" debut set in ancient Britain and inspired by the folk ballad "The Twa Sisters". (Hannah Whitten, author of For The Wolf)

In the kingdom of Dumnonia, there is old magic to be found in the whisper of the wind, the roots of the trees, and the curl of the grass. King Cador knew this once, but now the land has turned from him, calling instead to his three children. Riva can cure others, but can’t seem to heal her own deep scars. Keyne battles to be accepted for who he truly is—the king’s son. And Sinne dreams of seeing the world, of finding adventure.

All three fear a life of confinement within the walls of the hold, their people’s last bastion of strength against the invading Saxons. However, change comes on the day ash falls from the sky. It brings with it Myrdhin, meddler and magician. And Tristan, a warrior who is not what he seems.

Riva, Keyne and Sinne—three siblings entangled in a web of betrayal and heartbreak, who must fight to forge their own paths.

Their story will shape the destiny of Britain.

“​I was utterly captivated from the beginning to the tragic, bittersweet end.” —Genevieve Gornichec, author of The Witch's Heart

“Fans of folkloric fantasy will be spellbound.” —Publishers Weekly

“Magical, beautiful and heartbreaking.” —Greer Macallister, author of Scorpica and The Magician’s Lie

“A marvelous tale, gracefully told in language as beautiful as the song that inspired it.” —Louisa Morgan, author of A Secret History of Witches