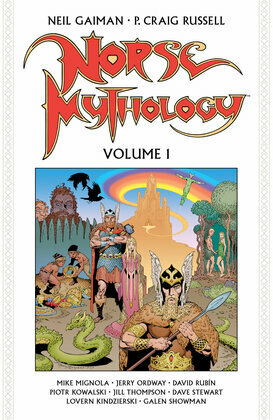 Gaiman and Russell team with a legendary collection of artists to take readers through a series of Norse myths, including the creation of the Nine Worlds, the loss of Odin's eye and source of his knowledge, the crafting of Thor's hammer and the gods' most valuable treasures, the origin of poetry, and Loki's part in the end of all things--Ragnarök.