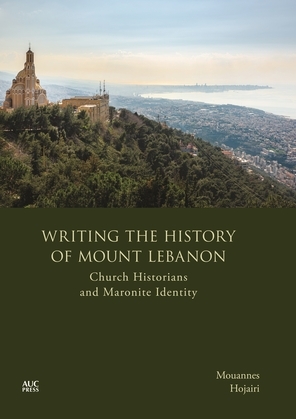 Writing the History of Mount Lebanon

As a frequently contested territory, Mount Lebanon has an equally contested history, one that is produced, shaped, and revised by as many players as those who molded the Lebanese state since its inception in 1920. The Lebanese Maronite Church has had more at stake in the process of history writing than any other group or institution. It is arguably one of the most influential institutions in Lebanese history and definitely the most influential institution in the country at the moment of the state’s birth.

Writing the History of Mount Lebanon traces the genealogy of Maronite identity by examining the historical traditions that shaped its contemporary manifestation. It explores the presence of a tradition in Maronite Church historiography that was maintained by the historians of the Church, whose claims and hypotheses ultimately defined the communal identity of the Maronites in Mount Lebanon and deeply influenced subsequent Lebanese national identity. Rooted in a reexamination of the existing literature and bringing evidence to bear on this particular aspect of history-writing in Lebanon, it shows how early Maronite ecclesiastic historiography’s plea for inclusion as a part of Catholic orthodoxy was transformed and recast in subsequent centuries by lay and secular historians into a demand for exclusion and exclusivity, which in turn led to the rise of exclusivist political identities based on sectarian belonging in Mount Lebanon.

Ultimately, Mouannes Hojairi shows how history-writing is one of the main instruments in generating and perpetuating nationalist ideologies and how historians are central agents of nationality.