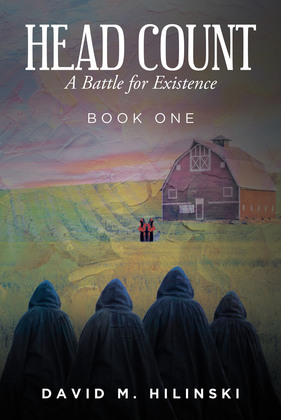 by Hilinski,David M. (Author)
Buy for $9.99 Excerpt
Fiction Fantasy Epic
warning_amber
One or more licenses for this book have been acquired by your organisation details

The world has been changing for millions of years. Times we can only see through the writers of history and stories passed on from generation to generation, along with the physical ruins left behind. While the human race has evolved and excelled in technology through time, so have those who drift within the shadows. Wars have been fought, lands conquered, and people enslaved. One conflict, one struggle for ultimate power over all has been quietly smoldering within the dark reaches of the earth for thousands of years. Some walk among us; they are rumored to be nearly invincible, superior to all creatures that inhabit our world. With strength that surpasses the world's strongest of warriors, these bloodthirsty, fanged, humanlike beings are now coming out of the shadows to take what they believe should have been theirs from the beginning.

Among one of the world's largest, most secretive military operations, one soldier finds himself captured in a facility controlled by the fanged monsters. Without his memory fully intact, confusion, and what might be more than a coincidence, James finds himself escaping his captors with one of their own. Now known as a traitor, Tessa has defected from the Collective, and deep-rooted feelings and emotions that have been suppressed, almost to the point of extinction, are resurrected through James's eyes.

While the highly organized and well-equipped vampires decide to show their full strength to the world, the Collective sends out a group of their deadliest assassins to hunt down James and Tessa. The hunt takes them all to new levels of self-awareness and one ultimate goal-to survive. Around the world, the war on humanity is brought to light and begins to change the history books as well as mankind's misplaced self-righteousness.