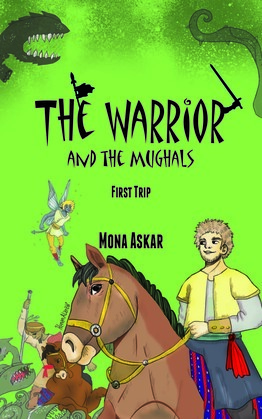 The Warrior and the Mughals

Sam is a seven-year-old boy who travels to India to visit the amazing Taj Mahal with his parents.

When he noticed that there were two shrines in the Taj Mahal, Sam
became scared because he realized that there were two dead bodies lying there. Sam reached the shrines of Shah Jahan and Mumtaz Mahal and his world suddenly changed - the Mughals began haunting him!
He found out that Mumtaz Mahal had been waiting to meet him for
hundreds of years because Shah Jahan was missing. Sam realized that it was his duty to start searching for the missing Shah Jahan.
The adventures come one after the other as Sam does everything he can to try to rescue Shah Jahan and return him to his beloved wife.