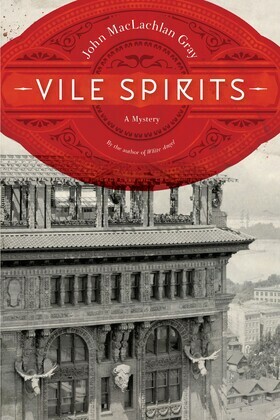 by John MacLachlan Gray (Author)
Buy for $16.99 Excerpt
Fiction Historical Literary Mystery & detective Historical
warning_amber
One or more licenses for this book have been acquired by your organisation details

An exhilarating page-turner set in 1920s Vancouver post prohibition, when liquor was the fuel driving big business, big government—and major crime. In this spellbinding follow-up to his mystery The White Angel, John MacLachlan Gray captures the spirit of Vancouver in those gritty, gin-soaked days, as the city was remaking itself between wars.

Alcohol is once again legal in Vancouver after the failed experiment of prohibition, but pro-temperance sentiments remain strong. Politicians like Attorney-General Gordon Cunning attempt appeasement by establishing the Liquor Control Board, which oversees supply, from the lofty circles of power down to bleak public drinking factories called “beer parlours.”

But when Cunning is found deceased, an empty martini glass at his side, quickly followed by Mrs. Harlan Crombie, the wife of a prominent bureaucrat, who falls dead after an afternoon book club meeting, suspicions are raised. Is it pure coincidence that the deceased were both drinking the same brand of “tonic”? Or is it a spillover from American prohibition, where deliberately tainted booze is killing thousands?

Fans of The White Angel will be delighted by the return of straight-shooting constable Calvin Hook, frustrated poet-cum-reporter Ed McCurdy and unpredictable, eavesdropping telephone operator Mildred Wickstram, as they pool their skills in order to get to the truth.

The result is a clash between temperance activists, the Klu Klux Klan, the Liquor Control Board and global events on the mean streets of Vancouver—a rough little city on the edge of empire.