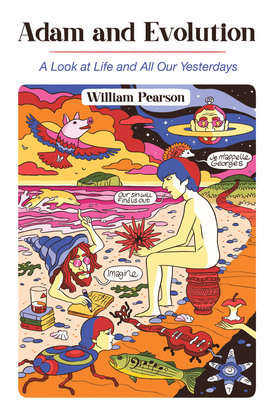 by William Pearson (Author)
Excerpt Buy for $4.99
Nonfiction Science and technics Science Life sciences Evolution
warning_amber
One or more licenses for this book have been acquired by your organisation details

Let us start with the obvious. Living matter, having once emerged from obscure beginnings on this planet Earth - the home selected for it in the Universe - has continued to exist in countless different forms right to the present time. As a means to cope with the enormous diversity involved, natural scientists have created a comprehensive classification system. This enables one to get a grasp of the complexities of the chronological and biological relationships that all forms of life bear to one another. It is called the Linnaean System, named after Carl von Linné, its Swedish instigator. This is known more generally as taxonomy and the immediately following discourse is by way of a résumé to aid those to whom it is not entirely familiar. Yet is it ultimately a completely satisfactory method? Will it ever be able to explain all aspects of evolution? In later chapters there will be some discussion on this matter and suggestions made that are meant to clarify points that hitherto have been inexplicable.