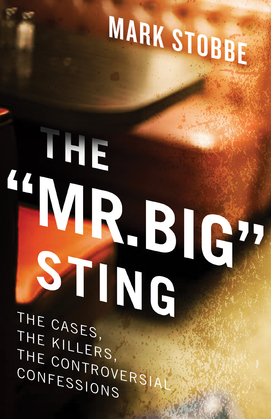 by Mark Stobbe (Author)
Buy for $13.99 Excerpt
Nonfiction Law Rights transverse Criminal Philosophy and sociology Social science Criminology News and investigations True crime
warning_amber
One or more licenses for this book have been acquired by your organisation details

There are people in prison who got away with murder until they told the boss of a powerful criminal gang all about it. When the handcuffs were snapped on, the killers learned they’d been duped — that “Mr. Big” was actually an undercover police officer. These killers ended up with lots of time to think about how tricky police can be.

In this captivating book, we learn why Mr. Big is so good at getting killers to confess — and why he occasionally gets confessions from the innocent as well. We meet murderers such as Michael Bridges, who strangled his girlfriend and buried her in another person’s grave. Bridges remained free until he told Mr. Big where the body was buried. We also meet people like Kyle Unger, who lied while confessing to Mr. Big and went to prison for a crime he did not commit.

The “Mr. Big” Sting is essential reading for anyone interested in unorthodox approaches to justice, including their successes and failures. It sheds light on how homicide investigators might catch and punish the guilty while avoiding convicting the innocent.