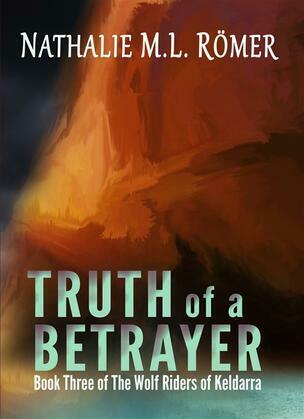 Truth of a Betrayer

by Nathalie M.L. Römer (Author)
Buy for €4.49 Excerpt
Fiction Fantasy Epic
warning_amber
One or more licenses for this book have been acquired by your organisation details

The coastal city of Achellon is one of the last strongholds of Keldarra.

It’s protected by Magi, who seemingly keep it safe from attack by Wolf Riders.

When they arrive at the city they’re greeted with suspicion, doubt, fear. Marrida already knows what fate awaits her in the city. When her predictions come true it’s up to Alagur to gain the trust of the citizens.

The South Spires is the bastion of Magi. What Alagur discovers quickly is that it doesn’t serve as a safe haven but as an instrument of fear.

He has tried to put aside his old life as a Wolf Rider. This city forces him to confront this past...