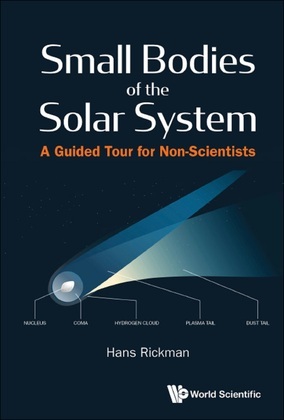 Small Bodies of the Solar System

by Hans Rickman (Author)
Buy for $22.00 Excerpt
Nonfiction Science and technics Science Astronomy
warning_amber
One or more licenses for this book have been acquired by your organisation details

Amongst the famous planetary inhabitants of our solar system there is an entire ecosystem of smaller, less recognised bodies in the form of comets and 'minor' planets. These native residents, derived from the building blocks of planets, contain valuable information. By studying them in detail, we may learn about the processes that occurred from the Sun's birth to the emergence of the solar system as we know it today.Small Bodies of the Solar System paints a detailed picture of the space missions, laboratory experiments and computer experiments behind our current understanding of the comets, minor planets, meteors and meteorites. With a rich selection of pictures, this book combines personal reflection and poetic imagery with a mathematical and physical overview to introduce the reader to these small wonders of our universe.Contents: