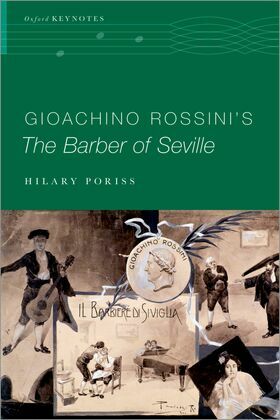 Gioachino Rossini's The Barber of Seville

Gioachino Rossini's The Barber of Seville surveys the opera's fascinating performance history, mapping out the myriad changes that have affected the work since its premiere, exploring many of the personalities responsible for those alterations, and taking into account the range of reactions that these changes have prompted in spectators and critics from the nineteenth century to the present. Opening with a wide-ranging overview of the types of alterations that have been imposed on Rossini's score for the past two centuries, the first chapter addresses the mechanics behind these changes as well as the cultural forces that both fostered and encouraged them. The book next looks at some of the opera's earliest revivals, drawing attention to alterations that were made to the score and to individual singers who were responsible for the changes, especially those who appeared in the roles of Almaviva and Bartolo. An entire chapter is devoted to Rosina, examining the wide array of creative liberties that prima donnas have unremittingly and unrepentantly taken with their interpretations of Rossini's character. The final sections turn to the opera's recent history, observing how the Rossini Renaissance brought with it a new dedication to the "work concept" and to shedding the types of alterations that had long characterized performances of this work. The book closes with a consideration of operatic consumerism from the nineteenth century to the present, exploring the myriad ways that one can now experience The Barber of Seville in all its recorded, digitized, and commodified glory.