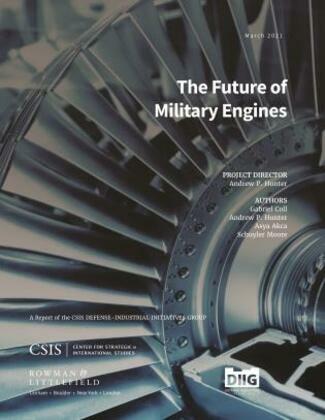 The Future of Military Engines

CSIS's The Future of Military Engines looks at the state of the U.S. military engine industrial base and the choices confronting policymakers at the Department of Defense (DoD). The military engine industrial base is closely tied to the industrial base for commercial engines. U.S. engine providers use many of the same facilities and largely the same supply chain for military and commercial engines. The ability to leverage commercial supply chains is critical because supply chain quality underlies the performance advantage of U.S. military engines, both for individual aircraft and military aircraft fleets. International competitors such as Russia and China are seeking to overtake the U.S. in engines. However, the current U.S. advantage is sustainable if it is treated as a national priority. Many military aircraft, especially fighters, require engines with important differences from commercial aircraft. They fly different flight profiles and perform different jobs. These differences mean that while DoD can leverage the commercial engine industrial base, it must also make investments to sustain the industrial base’s unique military components. In the next few years, DoD investment in military engines is projected to decrease significantly, particularly for R&D. This presents a challenge as military-unique engineering skills are highly perishable. Four major policy choices confront DoD as it formulates its investment approach to military engines going forward: 1) Priority, 2) Resources, 3) Business Model, and 4) Competition. The DoD is at an inflection point for engine investment, and the time for choosing on these four key policy questions will come in the next few years.