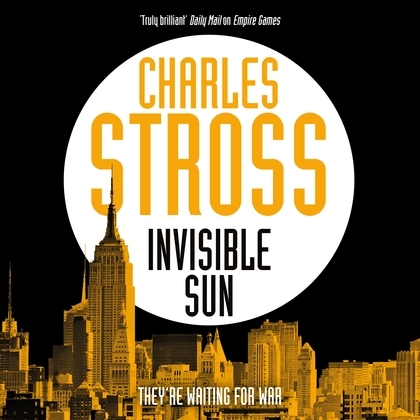 The alternate timelines of Charles Stross' Empire Games trilogy have never been so entangled than in Invisible Sun—the techno-thriller follow up to Dark State—as stakes escalate in a conflict that could spell extermination for humanity across all known timelines.

A renegade British monarch on the run through the streets of Berlin.

And robotic alien invaders from a distant timeline flood through a wormhole, wreaking havoc in the USA.

Can disgraced worldwalker Rita and her intertemporal extraordaire agent of a mother neutralize the livewire contention before it's too late?