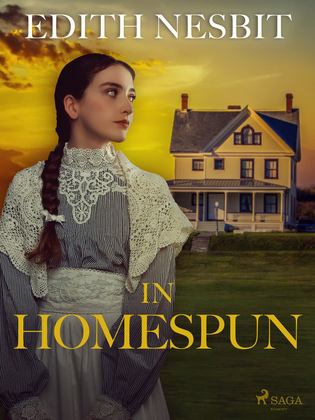 by Edith Nesbit (Author)
Excerpt Buy for $14.99
Fiction Classics Short stories
warning_amber
One or more licenses for this book have been acquired by your organisation details

This collection of ten short stories stays true to its title however, as they all are down-to-earth, realistic depictions of life in the English countryside, told from a female, working-class perspective.

The collection is very much a product of its time, albeit with some modern notions interwoven. In one story, for example, a young woman turns away her fiancé who left her and her unborn child at the altar, choosing happiness as a single mother – a plot twist that no doubt dropped monocles in 1896.

A Surrey native herself, Nesbit emphasises that the book is "written in an English dialect" of the area, so if you've ever wanted to feel slightly more included when British panel shows poke fun at the region but haven't yet found a proper reason for actually going, this piece will take you some of the way.

Edith Nesbit (1858 – 1924) (married name Edith Bland) was a prolific English author and poet, writing primarily children's books under the pen name E. Nesbit. Her work often characterized by a mix of realistic settings with fantastical elements, Nesbit went on to influence writers such as C.S. Lewis and J.K. Rowling. Her most notable works include "Five Children and It" (1902) and "The Railway Children" (1906) which have never gone out of print.