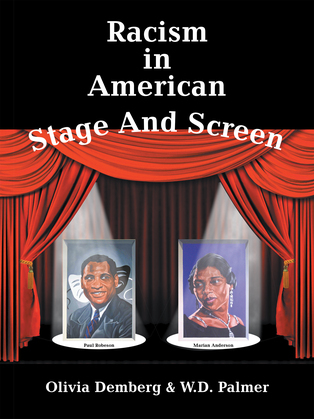 Racism in American Stage and Screen

For more than a hundred years, the entertainment industry has both struggled with and perpetuated the spectre of racism. At times, it has been guilty of portraying racist tropes or presenting employment barriers with little regard for how they extend the prejudices of society. In better moments, it has been in the forefront of breaking down barriers within society in an entertaining, thought-provoking, and pioneering way. So many of the impressions that we form come from the entertainment we consume. It is from the entertainment arts and media of each era that we learn about the prevailing attitudes toward racial minorities; it is also by way of the entertainment arts and media that we are able to educate and attempt to overturn these prejudices in the fight toward racial equality, openness, and inclusivity. Minority voices are still critically underrepresented in the world of mainstream media and entertainment. An open tent and positive portrayals of minorities in entertainment are vital to this fight.
Racism spreads like a virus with strains that develop and mutate throughout time, infecting everything that they come in contact with. Just as we have been continuously tested for coronavirus over the past year, we must check our biases regularly and be ready to correct any flaws we see in our journey toward eradicating the scourge of racism once and for all. Despite the progress that has been made, there is still a long way to go.
This book will share the research I have compiled for the Palmer Foundation on how race is portrayed historically in film and theatre, presenting examples of the successes and shortcomings that entertainment has added to the dialogue about race over the decades.