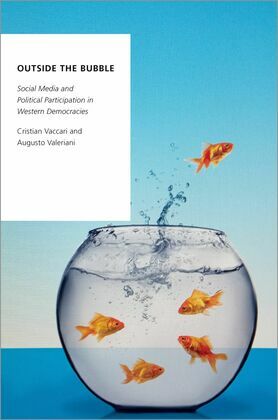 by Cristian Vaccari (Author), Augusto Valeriani (Author)
Buy for $18.99 Excerpt
Nonfiction Social science Political science Comparatif
warning_amber
One or more licenses for this book have been acquired by your organisation details

Much time has been spent over the past decade debating whether social media contribute to democracy. Drawing on an original study of internet users across nine Western democracies, Outside the Bubble offers an unprecedented look at the effects of social media on democratic participation.

By adopting a comparative approach, Vaccari and Valeriani also show that political institutions matter since some political experiences on social media are more strongly associated with participation in majoritarian systems and in party-centric systems. While social media may contribute to many societal problems, they can help address at least two important democratic ills: citizens' apathy towards politics, and inequalities between those who choose to exercise their voice and those who remain silent.