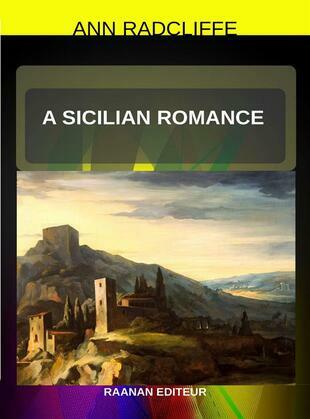 by Ann Radcliffe (Author)
Buy for €1.99 Excerpt
Fiction Romance Gothic
warning_amber
One or more licenses for this book have been acquired by your organisation details

A Sicilian Romance is a gothic novel by Ann Radcliffe published anonymously in 1790. The plot concerns the fallen nobility of the house of Mazzini, on the northern shore of Sicily, as related by a tourist who learns of their turbulent history from a monk he meets at the ruins of their once-magnificent castle. | The Marquis Mazzini's daughters, Emilia and Julia, are beautiful and accomplished young ladies. Julia quickly falls in love with the young and handsome Italian count Hippolitus de Vereza, but to her dismay her father decides that she should marry Duke de Luovo instead. After much thought Julia attempts to elope with Hippolitus on the night before her wedding. However, their escape has been anticipated, and the Marquis ambushes and seemingly kills Hippolitus, whose body is carried away by his servants. He insists that Julia to accept the engagement with de Luovo, but after much difficulty she escapes again alone...|Wikiwand|