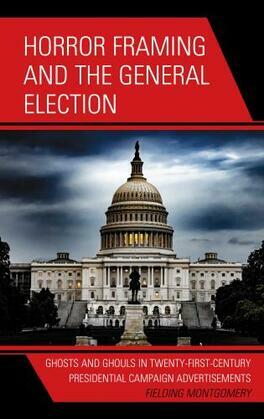 Horror Framing and the General Election

by Fielding Montgomery (Author)
Buy for $45.00 Excerpt
Nonfiction Human science Language arts & disciplines Communication studies
warning_amber
One or more licenses for this book have been acquired by your organisation details

In Horror Framing and the General Election: Ghosts and Ghouls in Twenty-First-Century Presidential Campaign Advertisements, Fielding Montgomery reveals a pattern of mostly increasing horror framing implemented across presidential elections from 2000 to 2020. By analyzing the two most common frameworks of horror within U.S. popular culture (classic and conflicted), he demonstrates how such frameworks are deployed by twenty-first-century U.S. presidential campaign advertisements. Televised advertisements are analyzed to illustrate a clearer picture of how horror frameworks have been utilized, the intensity of their usage, and how self-positive appeals to audience efficacy help bolster these rhetorical attempts at persuasion. Horror Framing and the General Election shows readers how the extensionally constitutive ripples of horrific campaign rhetoric are felt in contemporary political unrest and provides a potential path forward.