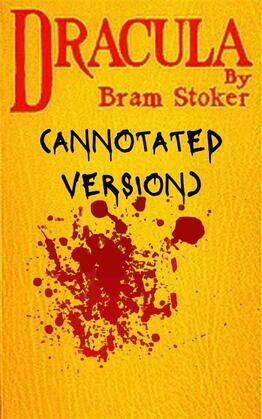 by Bram Stoker (Author)
Buy for €0.99 Excerpt
Fiction Horror Romance Gothic
warning_amber
One or more licenses for this book have been acquired by your organisation details

The Brief description of the main eBook is written as follows:- The story is told in an epistolary format, as a series of letters, diary entries, newspaper articles, and ships' log entries, whose narrators are the novel's protagonists, and occasionally supplemented with newspaper clippings relating events not directly witnessed. The tale begins with Jonathan Harker, a newly qualified English solicitor, visiting Count Dracula at his castle in the Carpathian Mountains on the border of Transylvania, Bukovina, and Moldavia, to provide legal support for a real estate transaction overseen by Harker's employer, Mr Peter Hawkins of Exeter. Dracula boards a Russian ship, the Demeter, taking with him boxes of Transylvanian soil, which he requires in order to regain his strength. It is later learned that Dracula successfully purchased multiple estates under the alias 'Count De Ville' throughout London and devised to distribute the boxes to each of them utilizing transportation services as well as moving them himself. He does this to secure for himself lairs and the boxes of earth would be used as his graves which would grant safety and rest during times of feeding and replenishing his strength. Van Helsing also prescribes garlic flowers to be placed throughout her room and weaves a necklace of withered garlic blossoms for her to wear. Van Helsing attempts to protect Lucy with garlic but fate thwarts him each night, whether Lucy's mother removes the garlic from her room, or Lucy herself does so in her restless sleep. She tasks herself with collecting them, researching newspaper clippings, fitting the most relevant entries into chronological order and typing out copies to distribute to each of the party which they are to study. Jonathan Harker tracks down the shipments of boxed graves and the estates which Dracula has purchased in order to store them. Seward to analyze the behaviour of their patient Renfield who they learn is directly influenced by Dracula. Van Helsing also establishes a criminal profile on Dracula in order to better understand his actions and predict his movements. After Dracula learns of the group's plot against him, he attacks Mina on three occasions, and feeds Mina his own blood to control her. Van Helsing attempts to bless Mina through prayer and by placing a wafer of sacrament against her forehead, but it burns her upon contact leaving a wretched scar. Van Helsing is able to use hypnotism twice a day, at dawn and at sunset, to put her into this trance to further track Dracula's movements. Mina, afraid of Dracula's link with her, urges the team not to tell her their plans out of fear that Dracula will be listening. After the protagonists discover and sterilize 49 boxes found throughout his lairs in London, they learn that Dracula has fled with the missing 50th box back to his castle in Transylvania. They split up into teams once they reach Europe; Van Helsing and Mina go to Dracula's castle, while the others attempt to ambush the boat Dracula is using to reach his home. Dracula crumbles to dust, and Mina is freed from her curse of vampirism, as the scar on her forehead disappears. The book closes with a note left by Jonathan Harker seven years after the events of the novel, detailing his married life with Mina and the birth of their son, whom they name after all four members of the party, but address as Quincey.