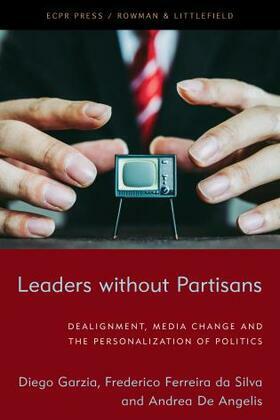 Leaders without Partisans examines the changing impact of party leader evaluations on voters’ behavior in parliamentary elections. The decline of traditional social cleavages, the pervasive mediatization of the political scene, and the media’s growing tendency to portray politics in “personalistic” terms all led to the hypothesis that leaders matter more for the way individuals vote and, often, the way elections turn out. This study offers the most comprehensive longitudinal assessment of this hypothesis so far. The authors develop a composite theoretical framework – based on currently disconnected strands of research from party, media, and electoral studies – and test it empirically on the most encompassing set of national election study datasets ever assembled. The labor-intensive harmonization effort produces an unprecedented dataset pooling information for a total of 129 parliamentary elections conducted between 1961 and 2018 in 14 West European countries.

The book provides evidence of the longitudinal growth in leader effects on vote choice and on turnout. The process of partisan dealignment and changes in the structure of mass communication in Western societies are identified as the main drivers of personalization in voting behavior.