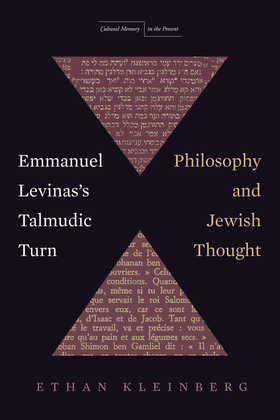 by Ethan Kleinberg (Author)
Buy for $28.00 Excerpt
Nonfiction Human science Philosophy Religious Religion Islam
warning_amber
One or more licenses for this book have been acquired by your organisation details

Pairing each chapter with a related Talmudic lecture, Kleinberg uses the distinction Levinas presents between "God on Our Side" and "God on God's Side" to provide two discrete and at times conflicting approaches to Levinas's Talmudic readings. One is historically situated and argued from "our side" while the other uses Levinas's Talmudic readings themselves to approach the issues as timeless and derived from "God on God's own side." Bringing the two approaches together, Kleinberg asks whether the ethical message and moral urgency of Levinas's Talmudic lectures can be extended beyond the texts and beliefs of a chosen people, religion, or even the seemingly primary unit of the self.

Touching on Western philosophy, French Enlightenment universalism, and the Lithuanian Talmudic tradition, Kleinberg provides readers with a boundary-pushing investigation into the origins, influences, and causes of Levinas's turn to and use of Talmud.