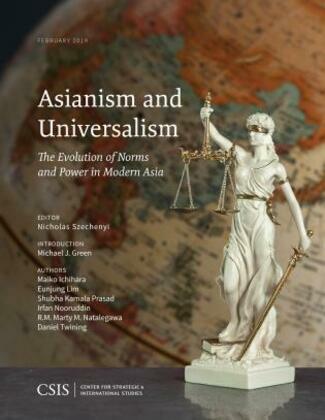 This collection of essays addresses the interplay of democratic norms and cultural identity within Asia. The overall question for the volume is how the dueling identities of Asianism (regional exceptionalism) and universalism (democratic norms) are shaping state discourse and behavior in Asia. This is based on a dialogue of scholars organized by CSIS to examine national perspectives on Asianism and universalism across the region, as well as the role of regional democracies in developing a common understanding of rules and norms as the foundation for a more stable regional order. The introduction provides context for these normative debates in the region and addresses the potential to prioritize democracy promotion in foreign policy strategy as segue to essays analyzing normative debates in Japan, South Korea, India, Indonesia, and the United States.