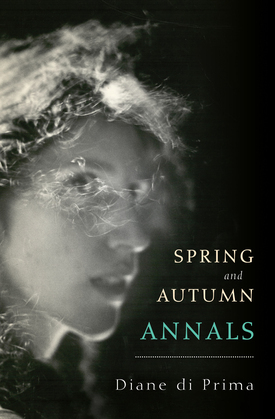 by Diane di Prima (Author)
Buy for $17.95 Excerpt
Nonfiction Biography & autobiography Literary Personal memoirs Women
warning_amber
One or more licenses for this book have been acquired by your organisation details

Lyrical and unforgettable, part elegy and part memoir, we present a previously unpublished masterpiece from the Beat Generation icon. Simultaneously released with an expanded edition of di Prima's classic Revolutionary Letters on the one-year anniversary of her passing.

In the autumn of 1964, Diane di Prima was a young poet living in New York when her dearest friend, dancer, choreographer, and Warhol Factory member, Freddie Herko, leapt from the window of a Greenwich Village apartment to a sudden, dramatic, and tragic death at the age of 29. In her shock and grief, di Prima began a daily practice of writing to Freddie. For a year, she would go to her study each day, light a stick of incense, and type furiously until it burned itself out.

The narrative ranges over the decade from 1954—the year di Prima and Herko first met—to 1965, with occasional forays into di Prima's memories of growing up in Brooklyn. Lyrical, elegant, and nakedly honest, Spring and Autumn Annals is a moving tribute to a friendship, and to the extraordinary innovation and accomplishments of the period. Masterfully observed and passionately recorded, it offers a uniquely American portrait of the artist as a young woman in the heyday of bohemian New York City.

One of The Millions' Most Anticipated Books of 2021.

Praise for Spring and Autumn Annals:

"The book is a treasure. Moving between the East Village, San Francisco, Topanga Canyon and Stinson Beach with young children, di Prima's life is unbelievably rich. She studies Greek, writes, prepares dinners and feasts, and co-edits Floating Bear magazine. Diane di Prima is one of the greatest writers of her generation, and this book offers a window into its lives."—Chris Kraus

"Extolled by a writer who radically devoted herself to the experiential truth of beauty and intellect, in poverty and grace, in independent dignity, and in the community of Beat consciousness, Diane di Prima's Spring and Autumn Annals arrives as a long-lost charm of illuminated meditations to love, life, death, eros and selflessness. An essential 1960s text of visionary rapaciousness."—Thurston Moore

"Freddie Herko wished for a third love before he died; and what a love is in this book's beholding, saying, and release. Di Prima's dancing narrative, propelled and circling at the speed of thought, picking up every name and detailed perception as a rolling tide, fills me with gratitude for the truth of her eye. Nothing gets past it, not even the 'ballet slippers letting in the snow.'"—Ana Božičević

"A masterpiece of literary reflection, as quest to archive her dancer friend's life, to make art at all costs and the price dearly paid. Di Prima's observational capacity is profound, her devotion and loyalty assures her deserved place as a national treasure. She generously instills in us the call of poetic remembrance as an act of resistance, and gives voice to the marginalized participants in experimental cultural movements that carried courage in creative rebellion while envisioning freedom of the human spirit. Di Prima’s poetic memoir of the artist journey is a triumph. A must read and reread for years to come."—Karen Finley