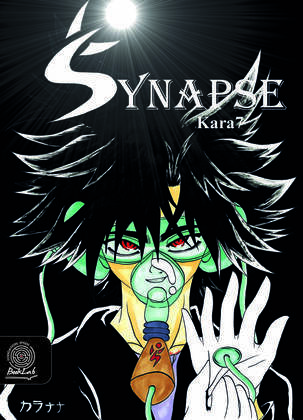 by Kara7 (Author)
Excerpt Buy for $0.00
Fiction Comics & graphic novels Literary Manga Science fiction
warning_amber
One or more licenses for this book have been acquired by your organisation details

This manga was created in collaboration with Dr. Céline Bonnaire (University of Paris/French Red Cross). "Synapse" is a new generation game console, specialized in virtual games. To escape the social pressure that surrounds him, Reik finds refuge in his favorite Battle Royale. But a computer bug will turn the refuge into a trap... Will Reik be able to return to the path of reality or will his quest for victory lead him to his doom?
À PROPOS DE L'AUTEUREAmandine Bolifraud, alias Kara7, discovered her first manga in a small town near the beach in Madagascar. Fascinated by manga’s history, its features, and in particular, the originality of animation, she grew an interest in drawing manga. After obtaining her baccalaureate (France’s equivalent of A-Levels), she decided to study at the AAA - École de Manga, thus beginning her adventure. Kara7 has been illustrating ever since, notably on social media (https://fr-fr.facebook.com/karasept/).