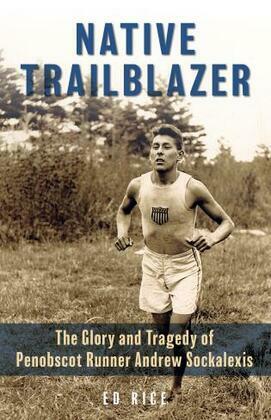 by Ed Rice (Author)
Buy for $19.00 Excerpt
Nonfiction Biography & autobiography Sports Native Americans
warning_amber
One or more licenses for this book have been acquired by your organisation details

Following an extraordinary debut—17th place in the 1911 Boston Marathon—Penobscot Indian Andrew Sockalexis returned to run a spectacular Boston Marathon on a muddy, rainy course on April 19, 1912. Only twenty years old, running just his third marathon ever, he came in second and narrowly missed breaking the record time for that course.

The greatest number of Native Americans ever to represent the United States occurred when Andrew Sockalexis joined Louis Tewanima and the legendary Jim Thorpe at the 1912 Olympic Games in Stockholm. As the American favorite to win the marathon, Sockalexis finished a gallant fourth on a brutally hot day that saw half the participants drop out and one runner die of heat stroke.

Ed Rice chronicles the tragically short life of Sockalexis—he died at the age of twenty-seven from tuberculosis—focusing on his running and the races that earned him recognition from the sports community and made him revered at home.