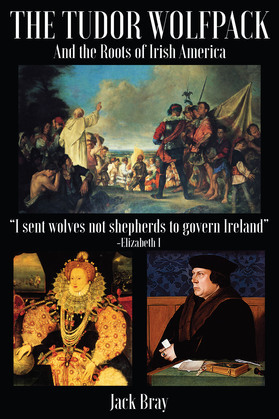 by Jack Bray (Author)
Excerpt
Nonfiction History History by country Europe Ireland Social science Emigration & immigration
warning_amber
One or more licenses for this book have been acquired by your organisation details
“The gripping story of the wolves the British sent to govern the Irish . . . Miracles abound in this action-packed history.” —Kathleen Kennedy Townsend, Former Lieutenant Governor of Maryland

“The Irish people have suffered mercilessly at the hands of conquerors over the past thousand or so years . . . The Normans tried with only limited success to conquer the Irish in 1167, a hundred years after their takeover of England . . . Irish resistance to British rule provoked a lengthy war between the clans of the Irish chieftains and the English soldiers . . . They confiscated the lands once more and instituted such harsh and outrageous controls that it ultimately resulted in the great Irish emigration to the United States. Jack Bray tells this thrilling story from an immense wealth of knowledge and such a writer’s eye for detail that no one even remotely interested in the period will want to miss it.” —from the Foreword by Winston Groom, New York Times–bestselling author of Forrest Gump

“The Irish are a storytelling people and Jack Bray is one of them. And what a story he has written: the centuries of tragedy ending in the building of a great country across the sea, America. Deeply researched and deeply felt, The Tudor Wolfpack and the Roots of Irish America has a brave and musical heart.” —Richard Reeves, national bestselling author of President Kennedy: Profile of Power