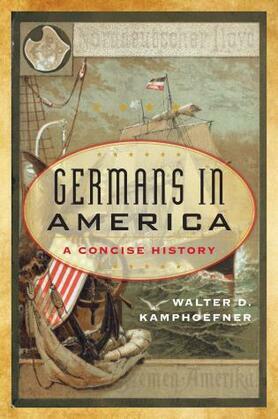 by Walter D. Kamphoefner (Author)
Buy for $36.00 Excerpt
Nonfiction History History by country Europe Germany United States Other Social history
warning_amber
One or more licenses for this book have been acquired by your organisation details

This book offers a fresh look at the Germans—the largest and perhaps the most diverse foreign-language group in 19th century America. Drawing upon the latest findings from both sides of the Atlantic, emphasizing history from the bottom up and drawing heavily upon examples from immigrant letters, this work presents a number of surprising new insights. Particular attention is given to the German-American institutional network, which because of the size and diversity of the immigrant group was especially strong. Not just parochial schools, but public elementary schools in dozens of cities offered instruction in the mother tongue. Only after 1900 was there a slow transition to the English language in most German churches. Still, the anti-German hysteria of World War I brought not so much a sudden end to cultural preservation as an acceleration of a decline that had already begun beforehand. It is from this point on that the largest American ethnic group also became the least visible, but especially in rural enclaves, traces of the German culture and language persisted to the end of the twentieth century.