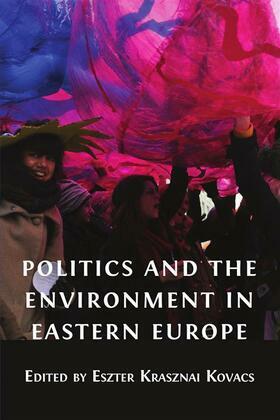 Politics and the Environment in Eastern Europe

by Eszter Krasznai Kovacs (Author)
Buy for €6.99 Excerpt
Nonfiction Nature, recreation and sports Nature Ecology Environmental conservation & protection Science and technics Science Environmental science
warning_amber
One or more licenses for this book have been acquired by your organisation details

Europe remains divided between east and west, with differences caused and worsened by uneven economic and political development. Amid these divisions, the environment has become a key battleground. The condition and sustainability of environmental resources are interlinked with systems of governance and power, from local to EU levels. Key challenges in the eastern European region today include increasingly authoritarian forms of government that threaten the operations and very existence of civil society groups; the importation of locally-contested conservation and environmental programmes that were designed elsewhere; and a resurgence in cultural nationalism that prescribes and normalises exclusionary nation-building myths.

This volume draws together essays by early-career academic researchers from across eastern Europe. Engaging with the critical tools of political ecology, its contributors provide a hitherto overlooked perspective on the current fate and reception of ‘environmentalism’ in the region. It asks how emergent forms of environmentalism have been received, how these movements and perspectives have redefined landscapes, and what the subtler effects of new regulatory regimes on communities and environment-dependent livelihoods have been.

Arranged in three sections, with case studies from Czechia, Hungary, Lithuania, Poland, Romania and Serbia, this collection develops anthropological views on the processes and consequences of the politicisation of the environment. It is valuable reading for human geographers, social and cultural historians, political ecologists, social movement and government scholars, political scientists, and specialists on Europe and European Union politics.