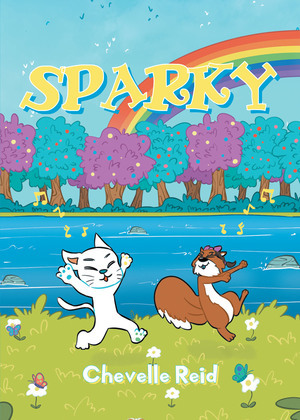 by Chevelle Reid (Author)
Buy for $9.99 Excerpt
Fiction Juvenile & young adult Themes Animals Cats
warning_amber
One or more licenses for this book have been acquired by your organisation details

Sparky is a vibrant kitten with “lighted feet” and a musical beat. No one wanted to be his friend because he was “different” than the other kittens of Rainbow Land. His unique ability led him to become a remarkable beam of light in Rainbow Land, as Quando, a squirrel, was attracted to his vibrant beat that led to a remarkable friendship between them. “Wow, you’re a rock star,” she said as she was amazed by his talent. “You have your own show on your feet.” The two later became lost and captured into the heart of the forest and became the property of a notorious bear who used Sparky’s talent as a means of entertainment for his children. Sparky later escaped and reunited with Quando, and the friendship became that of a lifetime.