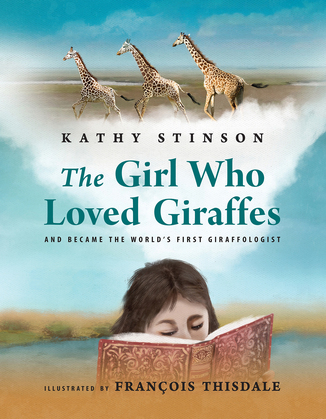 The Girl Who Loved Giraffes

by Kathy Stinson (Author), Francois Thisdale (Illustrator)
Buy for $9.99 Excerpt
Nonfiction Juvenile Animals Giraffes Biography & autobiography Women
warning_amber
One or more licenses for this book have been acquired by your organisation details

When Anne Innis saw her first giraffe in a zoo, she was entranced. So much so that a love for giraffes shaped her whole life. She decided at a young age that she would one day travel from her home in Canada to study giraffes in their natural environment in Africa.

After overcoming obstacles to doing so based on her gender, Anne succeeded in fulfilling her dream in 1956 and became the world's leading scientific expert on giraffes.

Gender discrimination then interfered with her ability to share her passionate interest and her knowledge with students. The disheartening injustice of it led her into work championing equal rights for women.

Anne eventually gained the recognition she deserved for her remarkable achievements in the field of animal behaviour. By then giraffe numbers in the wild were dwindling and she became devoted to helping save them.

In The Girl Who Loved Giraffes and became the world's first giraffologist, Kathy Stinson and François Thisdale have created a gem of a book that captures the dramatic story of Anne's life, the majestic beauty of giraffes, and fascinating facts about this most intriguing and magnificent creature.

Anne Innis Dagg herself is thrilled that the book will cause young readers to fall in love with giraffes as she did, and bring their attention to the cause dearest to her heart, that of giraffe conservation. Readers are bound to fall in love with Anne, too.Read how, in 1956, Anne Innis fulfilled her dream and became the world's leading expert on giraffes.