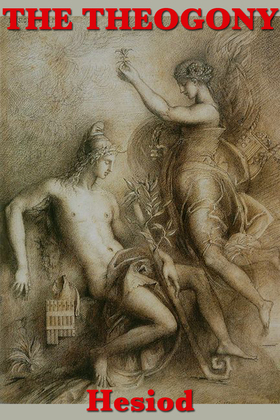 by Hesiod (Author)
Buy for $0.99 Excerpt
Nonfiction History Ancient Greece Human science Philosophy History & surveys Ancient & classical Essays
warning_amber
One or more licenses for this book have been acquired by your organisation details

Samuel Pepys was an English naval administrator and Member of Parliament who is now most famous for the diary he kept for a decade while still a relatively young man. Although Pepys had no maritime experience, he rose by patronage, hard work and his talent for administration, to be the Chief Secretary to the Admiralty under both King Charles II and subsequently King James II.


The detailed private diary Pepys kept is one of the most important primary sources for the English Restoration period.Hesiod's Theogony is a large-scale synthesis of a vast variety of local Greek traditions concerning the gods, organized as a narrative that tells how they came to be and how they established permanent control over the cosmos. It is the first Greek mythical cosmogony. The initial state of the universe is chaos, a dark indefinite void considered as a divine primordial condition from which everything else appeared.


Theogony is a part of Greek mythology which embodies the desire to articulate reality as a whole; this universalizing impulse was fundamental for the first later projects of speculative theorizing.