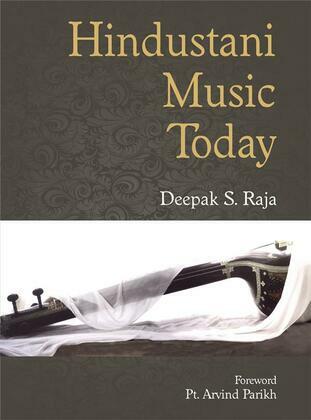 by Deepak S. Raja (Author)
Buy for €4.99 Excerpt
Nonfiction Arts Music Classical Musical instruments Percussion
warning_amber
One or more licenses for this book have been acquired by your organisation details

Deepak Raja (b. 1948-) is amongst the most respected writers on Hindustani music today. He works as repertoire analyst for India Archive Music Ltd. (IAM), New York, the most influential producer of Hindustani music outside India. He has been associated with the academic and publishing activities of the Śruti magazine (Chennai), ITC-Sangeet Research Academy (Calcutta), Sangeet Natak Akademi (Delhi), and the Indian Musicological Society (Baroda/Mumbai).

Stating that Hindustani music should be rightly termed “Art music” and not “classical music”, the book begins by discussing the features of Art music and presents an approach to appreciating Hindustani music. It provides a detailed understanding of the components of the raga experience in Hindustani music, including their time theory and the role of Gharanas of the musical tradition.

It deals with genres of raga-based vocal music which have been performed over the last five centuries: dhrupad, which has its moorings in devotional music; khyal vocalism shaped by Sufi influences; the thumri, which originated as an accompaniment to the Kathak dance; and the tappa, adapted from the songs of camel drivers in the north-west frontier. It takes up the use of instruments in Hindustani music, especially the rudra-vina, sitar, surbahar, sarod, santur, the shehnai, pakhawaj, the Hawaiian Guitar and many others, giving an account of their origin, performing styles and lineages relating to them.

Throughout, the emphasis is on contemporary trends in Hindustani music and its prospects in the future. It mentions the significant practitioners of Hindustani music, both vocal and instrumental.

The volume will interest lovers of Indian music and also scholars who want to have a greater understanding of its traditions, its contemporary appeal and trends in practice.