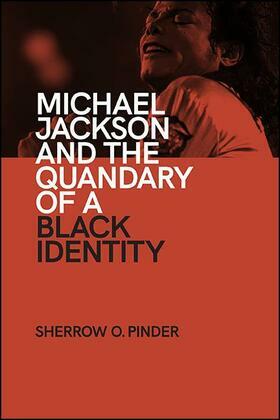 Michael Jackson and the Quandary of a Black Identity

by Sherrow O. Pinder (Author)
Buy for $32.95 Excerpt
Nonfiction Social science Feminism & feminist theory Sociology
warning_amber
One or more licenses for this book have been acquired by your organisation details

In Michael Jackson and the Quandary of a Black Identity, Sherrow O. Pinder explores the ways in which the late singer's racial identification process problematizes conceptualizations of race and the presentation of blackness that reduces blacks to a bodily mark. Pinder is particularly interested in how Michael Jackson simultaneously performs his racial identity and posits it against strict binary racial definitions, neither black nor white. While Jackson's self-fashioning deconstructs and challenges the corporeal notions of "natural bodies" and fixed identities, negative readings of the King of Pop fuel epithets such as "weird" or "freak," subjecting him to a form of antagonism that denies the black body its self-determination. Thus, for Jackson, racial identification becomes a deeply ambivalent process, which leads to the fragmentation of his identity into plural identities. Pinder shows how Jackson as a racialized subject is discursively confined to a "third space," a liminal space of ambivalence.