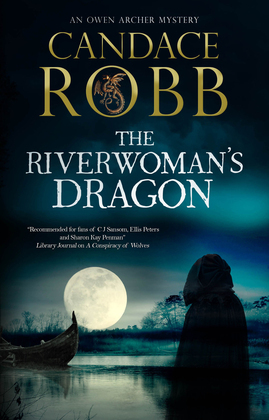 by Candace Robb (Author)
Buy for $24.99 Excerpt
Fiction Mystery & detective Historical
warning_amber
One or more licenses for this book have been acquired by your organisation details

When the wise woman Magda Digby is suspected of murder, Owen Archer sets out to prove her innocence in this intricately plotted medieval mystery.

May, 1375. Owen Archer returns from London to find York in chaos. While the citizens are living in terror of the pestilence which is spreading throughout the land, a new physician has arrived, whipping up fear and suspicion against traditional healers and midwives. With the backing of the new archbishop, he is especially hostile towards Magda Digby, the wise woman who has helped and healed the people of York for many years. At the same time, Magda is uneasy about the arrival of two long-lost kinsfolk. Though they say they are seeking her help, she senses a hidden agenda.

Magda’s troubles deepen when she discovers a body in the river near her home – and finds herself under suspicion of murder. Days later, fire rips through a warehouse in the city. Amongst the charred debris lies the body of a man – not burned, but stabbed in the back. Could there be a connection to the corpse in the river?

Determined to prove Magda’s innocence, Owen sets out to find answers – but the more he uncovers, the deeper the mystery becomes . . .