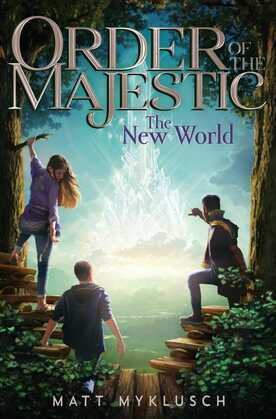 Fans of Brandon Mull and James Riley will love this thrilling third novel in the action-packed, accessible fantasy adventure series Order of the Majestic, which Booklist called a “delight!”

Joey Kopecky never expected to grow up and change the world—much less do it at the age of thirteen. But ever since he discovered magic was real and inherited the wand of Harry Houdini from his mentor, nothing about life has been what he expected.

Now, as the Earth’s future is threatened by incredible forces, Joey and his friends Shazad, Leonora, and Janelle have decided it’s time for something new.

The Order of the Majestic trilogy comes to a thrilling conclusion in an epic crossover with the Jack Blank Adventures as Joey and his friends—new and old—try to do the impossible and give magic back to a world that needs it more than ever.