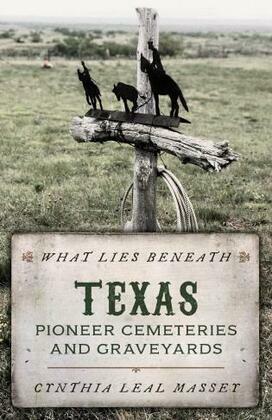 by Cynthia Leal Massey (Author)
Buy for $21.50 Excerpt
Nonfiction History History by country United States Southwest states (AZ, NM, OK, TX)
warning_amber
One or more licenses for this book have been acquired by your organisation details

Texas, the second largest state, both in land mass and population, has more than 50,000 cemeteries, graveyards, and burial grounds. As the final resting places of those whose earthly journey has ended, they are also repositories of valuable cultural history. The pioneer cemeteries—those from the 19th century—provide a wealth of information on the people who settled Texas during its years as a Republic (1836-1845), and after it became the 28th state in 1845. In What Lies Beneath: Texas Pioneer Cemeteries and Graveyards, author Cynthia Leal Massey exhumes the stories of these pioneers, revealing the intriguing truth behind the earliest graveyards in the Lone Star State, including some of its most ancient. This guide also provides descriptions of headstone features and symbols, and demystifies the burial traditions of early Texas pioneers and settlers.