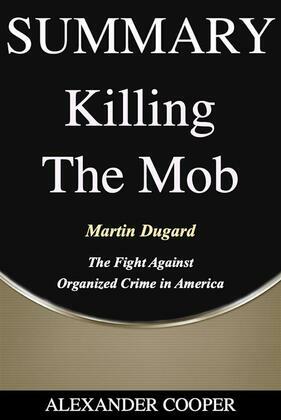 Summary of Killing the Mob

Summary of Killing the Mob

In Killing the Mob, Bill O’Reilly and Martin Dugard recount the history of organized crime in the United States and describe the concerted efforts that various government agencies and officials took to bring key figures in the criminal underworld to book. Killing the Mob is divided into three parts bookended by a prologue and postscript.

The first part, titled “The Gunners,” covers the exploits of the infamous serial robbers of the 1930s, including John Dillinger, “Pretty Boy” Floyd, and Bonnie and Clyde, and the brutal violence that came to define that decade.

The second part, “The Corruptors,” traces the rise of the Italian-American Mafia, alternately known as the Mob, Syndicate, or Cosa Nostra, from the time it helped change the course of the Second World War in 1943 to the time it infiltrated John F. Kennedy’s presidential campaign in 1960.

The last part, “The Subversives,” documents the ways the Mob invaded every facet of American life— from movies and music to labor unions and presidential elections— and relates the investigations, the cunning, and the betrayal that eventually crippled much of its influence and activity in the mid-1980s.

Although the scope of Killing the Mob is the period between the 1930s and mid-80s, O’Reilly and Dugard go back and forth in time to place key events in context. They chronicle the arrival of Italian immigrants in New York City in the early 1900s, Prohibition in 1920, and the Great Depression that started in 1929 to explain how organized crime was birthed and how it spread across the country. In the postscript, the authors narrate what happened to the last of the old-school mobsters and the crime families they led.